The Bayswater and Queensway area of London is as close as anywhere else to what might be termed the centre of the city. The large and sprawling nature of the capital as a whole means that it’s pretty difficult to pinpoint a specific centre, but the location of Bayswater and Queensway, allied to the extensive transport links on offer, mean that it is the perfect place from which to set about exploring the rest of the city. Transport options on offer are as follows: 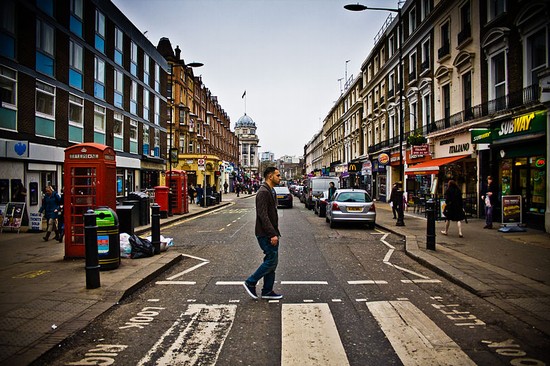 •    The mainline Paddington station – this is the London arrival point for trains from the South West of England and South Wales. It is also linked, via London underground, with the other mainline London stations, and is also the place where the express service from Heathrow airport stops.

•    Tube Stations – the Tube stations in the area include Paddington itself, Bayswater, Queensway, Lancaster Gate, Notting Hill Gate, Royal Oak and Holland Park. From these stations it is possible to gain access to the whole of the Underground system, and in particular the Central, District and Circle lines.
These transport links can be accessed, along with extensive bus and taxi options, to travel to the rest of the city, but there’s plenty to appeal to visitors in the immediate vicinity, and the following is a small selection of the local attractions:

•    Hyde Park – 350 acres of wide open green space in the middle of London, Hyde Park offers a place to relax and unwind as well as providing access to various activities for those feeling more energetic. Chief amongst these is the 110 yard long Serpentine Lido, an outdoor pool which also features a smaller pool that’s suitable for children. There is also a boating lake, tennis courts and a 9 hole pitch and putt course.

•    The Museum of Brands Packaging and Advertising – a small but fascinating museum which contains over 12,000 items chronicling the development of consumer culture from Victorian times to the present day. Whether treated as a fascinating cultural study or a shameless nostalgia – fest, it’s bound to entertain.

•    Bayswater Restaurants – the area around Bayswater Road has always been highly cosmopolitan, attracting people for all around the world, and this diversity is reflected in the eclectic nature of the food on offer. Just a quick walk around the district will enable visitors to find a choice of places serving Middle Eastern, Indian, South Asian, Italian, Chinese, African and Greek cuisine, amongst many others.

•    Holland Park – Holland Park is not as large or well-equipped as Hyde Park, but it does offer an even more relaxing and tranquil space in the form of the form of the exquisitely manicured Japanese Kyoto Garden, which was created in 1992 and offers an oasis of calm in the heart of the city.

Your Ultimate Guide to Pet-Friendly London